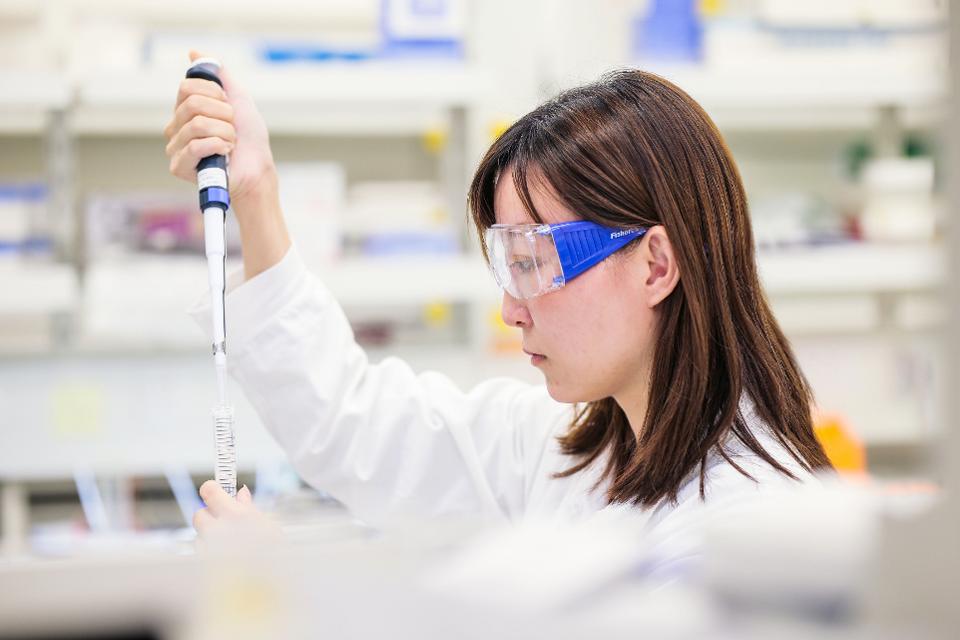 “Can you find patients because we can get you the drug under compassionate use?” asked Sharman, who had come to believe Calquence could potentially tamp down the overzealous immune system responses of hospitalized Covid-19 patients and shared the rational with Monticelli.

Early the next morning, Saturday, April 4, Monticelli was riding shotgun as Timothy Murphy, president of Rocky Mountain Cancer Centers, raced like a Formula One driver from Colorado Springs to Denver, where the cancer care provider’s central pharmacy had two bottles of available Calquence, which costs about $14,000 for a 30-day supply. The two doctors then raced back for an hour to Penrose Hospital in Colorado Springs, where they had coordinated with doctors caring for later-stage Covid-19 patients. They had enough Calquence, which is also known by its generic name acalabrutinib, for six people.

“As we’re driving back down by phone, I was arranging a meeting to have in the Penrose doctors lounge,” said Monticelli, who was in touch with an infectious disease specialist and two other doctors there. “We decided on patients that were clinically deteriorating, trying to find the sicker patients or patients who had just recently been placed on the ventilator.”

With Monticelli’s help, seven Covid-19 patients at Penrose Hospital and St. Francis Medical Center, including two who were on ventilators, were given Calquence in April. They were part of a study of 19 extremely sick Covid-19 patients suffering from acute respiratory distress syndrome who received the AstraZeneca drug that showed promising results. A majority of those patients experienced improving oxygenation, often within one to three days, with no toxicity, researchers said in a paper published Friday by Science Immunology.

The results are promising enough for British drug giant AstraZeneca to launch two phase 2 clinical trials of Calquence involving 200 hospitalized Covid-19 patients. But the early promising indications in Colorado and a handful of other U.S. sites do not prove the effectiveness of Calquence, which requires data from the trials that have yet to enroll patients. There was no comparison group in the initial small study, making it even more difficult to decipher the data.

“The beneficial effect of acalabrutinib was clearly different between patients who were on supplemental oxygen, 9 (82%) showed major improvement in oxygenation including 8 who achieved normal oxygenation on room air and/or were discharged from the hospital,” the authors of the paper said.

“Though the benefit of acalabrutinib was less dramatic in patients on ventilators, half of these patients were extubated after receiving acalabrutinib. This group, however, was quite heterogeneous clinically and included patients who had been ventilated for prolonged periods of time and had major organ dysfunction.”

Imbruvica could calm the cytokine storm of the human immune system that has become a lethal problem for COVID-19 patients with immune systems overreacting to the virus.

The paper was co-written by officials from the federal government’s National Cancer Institute, AstraZeneca researchers, and doctors at medical sites where patients received Calquence. Researchers detailed the experiences of 19 hospitalized Covid-19 patients who were given Calquence off label. AstraZeneca’s drug is approved in the U.S. for the treatment of mantle cell lymphoma and chronic lymphocytic leukemia.

“Upon treatment with acalabrutinib, what they observed is an early indicator that they were shutting down very quickly the inflammatory pathway and patients’ improvement occurred very rapidly,” said José Baselga, the head of oncology research and development at AstraZeneca, in an interview. “I think the story is coming together, these patients have increased BTK activation and in patients with respiratory distress if you block BTK these patients get better.”

BTK inhibitor drugs like Calquence block the BTK protein that is key to the signaling and mobilization of white blood B cells of the human immune system. While they have been proven very effective in treating certain blood cancers, BTK inhibitors also have an anti-inflammatory benefit and are considered safe, with Calquence, in particular, causing few side effects.

While Baselga cautioned the study reflected only a cohort of patients and was far from a randomized clinical trial, it did show that Calquence could hit a central key pathway that regulates many of the pro-inflammatory cytokines that marshal an out-of-control immune response to the virus.

“The fact that you see a decrease in some of the markers that are related to this inflammatory response such as C-reactive protein and (a pro-inflammatory cytokine) IL-6, and improving neutrophils, is telling us this is a mechanistic based activity,” Baselga said. “It’s very refreshing because, at a time when many people have been doing a lot of clinical trials based on need and desperation when somebody comes in with a proposal and a clinical trial based on a mechanism, it’s really the way to go forward. And I think that’s what this shows.”

One of the complicated issues facing doctors and nurses has been how to administer Calquence, which is a capsule, through nasogastric tubes to patients who are on ventilators. The Science Immunology paper advises doctors on how to mix the capsule’s powder in a slurry made up of Coca-Cola,

which has the right acidity to dissolve the drug properly.

Baselga pointed out that the four patients on ventilators who died after taking Calquence were very sick and that AstraZeneca was not sure if the absorption of medication in their cases was optimal. AstraZeneca is now conducting a healthy-volunteer study to measure how exactly to treat patients using the nasogastric tubes.

While the study followed the patients who took Calquence until April 23, the authors did go back and check how those patients were doing after stopping to take the drug as recently as May 28. Forbes first reported in April that the federal government’s National Cancer Institute had given Calquence to a small number of hospitalized Covid-19 patients at Walter Reed Army Medical Center and that the drug showed early promise.

With AstraZeneca’s support, the NCI effort was expanded to other sites like Penrose Hospital, partially through McKesson’s U.S. Oncology, the large cancer services company. In Colorado Springs’ Penrose Hospital, Calquence was initially given on the weekend of April 4 to two patients on ventilators using Diet Coke. The diet soda was shaken by a hospital pharmacist three times to reduce the carbonization because otherwise, the drug would aerosolize. A third patient, an elderly man with stage four prostate cancer in the intensive care unit who was not on a ventilator, was also treated with the drug. In each case, the treating physician got patient or family consent.

By Sunday evening, the elderly man reported feeling better. The next day, laboratory work came back showing the two patients on ventilators had stabilized. Hospital staff were able to take one of the patients off the ventilator on Tuesday. The other patient on a ventilator was severely ill and obese. Still, the patient was able to come off the ventilator and went home within days like the other two initial patients.

“I am just really proud of the crew here, everybody jumped in right away,” said Monticelli, who is one of the authors of the study. “We were handed the ball and had to put the ball in the end zone and I think we did the best we could.”

**This article was originally published on Forbes.com.