Neuroendocrine cancer develops in neuroendocrine cells which help control your bodily functions. The human body is incredibly complicated. Luckily, most of the time you don’t have to think about how your body processes things like food or air. But eating and breathing are highlight coordinated processes that require very fine control to work well. That’s where neuroendocrine cells come into play. They are “neuro” because they control things and “endocrine” because they work through hormones. They are part of the DIFFUSE NEUROENDOCRINE system with small cells scattered throughout the lungs, digestive organs, and elsewhere.

Because these cells are found throughout the body, neuroendocrine cancer can begin anywhere. However, it develops most commonly in a handful of places, including:

In addition to being rare, neuroendocrine tumors are complex and can be difficult to diagnose. Because of this, the specialists at Rocky Mountain Cancer Centers encourage you to gather and learn as much information about the disease as possible. Please take the time to read through the other pages on our website regarding neuroendocrine tumors.

We've made a series of videos with Dr. Liu about common NET topics. We hope you'll check them out and give us a call if you have any questions.

At The Neuroendocrine Institute at Rocky Mountain Cancer Centers, we specialize in treating all types and stages of neuroendocrine tumors. Our NET cancer care team is both knowledgeable and experienced, with each physician considered a leader in the diagnosis and treatment of this rare and complex cancer.

As with many other cancers, neuroendocrine tumors don’t always cause signs and symptoms at first. If you do experience symptoms, they are typically dependent on the location of your tumor and whether it produces excess hormones.

It’s important to understand that the diagnostic tests used to detect a neuroendocrine tumor will depend on a variety of factors such as the type of tumor, its location, whether it produces excess hormones, how aggressive it is, and whether it has spread to other parts of the body.

Being that neuroendocrine tumors (NETs) are rare, it’s likely you don’t know much about them— including the fact that there are different types that are typically classified by the site of origin.

If you have been diagnosed with one or more neuroendocrine tumors (NETs), the next step will involve finding out the extent or spread of the tumor through a process called staging. This staging information is what will help your oncologist determine the best course of treatment for you.

Because neuroendocrine tumors (NETs) are rare, treating them can be complex and varied—  especially since treatment is dependent on various factors such as the type of tumor you have, its location, and whether you’re experiencing signs and symptoms of excess hormones produced by the tumor.

Although risk factors often influence the development of a tumor, most do not directly cause cancer. There is no known cause for neuroendocrine tumors and no avoidable risk factors have been found. However, their are factors may raise a person’s risk for developing a NET.

Helpful Tips and Information About Neuroendocrine Tumors From Our Blog 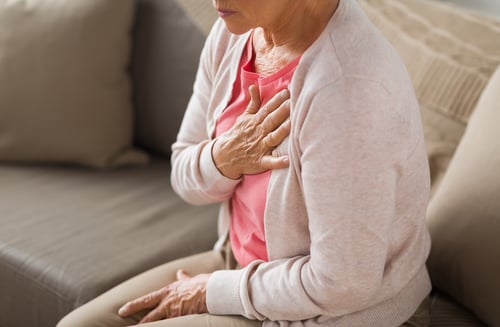 Focus on What Matters: Judy’s Journey with Pancreatic Cancer