As with all cancers, there are certain things that put you at risk for acquiring the disease— some of which can be controlled, and some that can’t. And, because there’s no concrete way to know if or when colorectal cancer will develop, it’s highly important to learn more about what those risks are so you can take measures to reduce the likelihood of getting the disease.

How Genetics Play a Role in Colorectal Cancer

Your genes are one of them. When it comes to inheriting a genetic mutation that can cause colorectal cancer, the percentage is slim—less than 10%. The majority of colorectal cancer cases are caused by a mutation of a gene that is acquired during a person’s lifetime (non-genetic).

Cancer from an inherited gene mutation

In general, cancer is caused by certain changes to genes that control the way our cells function, especially how they grow and divide. Some mutations, however, are ones that can be passed from generation to generation.

These mutations, called inherited (hereditary) mutations, are present throughout a person’s life in nearly every cell of the body. Common genetic syndromes, which are disorders caused by one or more abnormalities in the genome, have been linked to colorectal cancer.

Cancer from an acquired gene mutation

In other cases, some gene mutations simply happen during a person’s lifetime. Unlike inherited mutations that affect the entire body, acquired mutations only affect cells that come from the original mutated cell.

Certain risk factors such as smoking, diet, and UV radiation from the sun may play a role in the formation of these mutations, but overall, the reason behind what causes most of them is unclear. 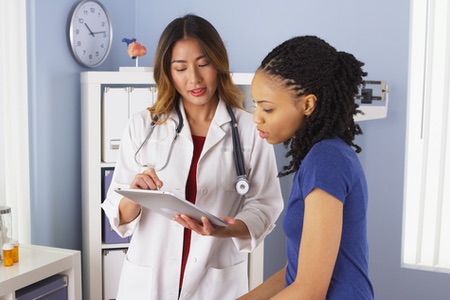 Fortunately, there are ways to determine if you are at an increased risk for colorectal cancer based on your genes. Genetic testing for hereditary cancer syndromes can indicate whether you show signs of any genetic syndromes, such as the ones listed above.

These tests can also show whether family members without obvious disease have inherited the same mutation as a family member who carries a cancer-associated mutation.

Factors that suggest a genetic contribution to colorectal cancer include:

Since genetic tests are usually requested by physicians, we recommend that you speak to yours about your family health history. If your physician feels as though you’d be a good candidate for genetic testing, we encourage you to make an appointment to meet with a cancer genetic counselor at Rocky Mountain Cancer Centers (RMCC). Genetic counseling can help you consider the risks, benefits, and limitations of genetic testing in your particular situation.

In addition to genetics, there are other risk factors that are completely out of your control. These can include:

Sometimes, the lifestyle choices you make can also contribute to your risk for colorectal cancer. Risk factors that you do have some control over include:

Remember, different factors cause different types of cancer— and although there is no proven way to completely prevent this disease, you may be able to lower your risk. We at RMCC recommend that you take control of your health by understanding your family history, striving to make good lifestyle choices, and seeing your physician for regular colorectal cancer screenings. If the time comes when you need us, know that we are here to help. 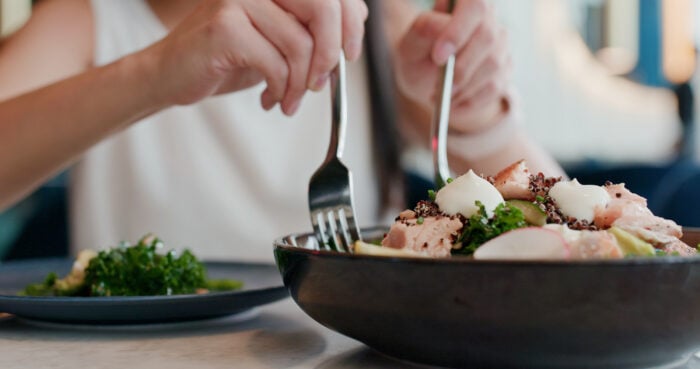 How Your Diet Can Impact Your Risk of Developing Colon Cancer

It only makes sense that our colon, which processes the wastes remaining after our food is digested, is impacted by what we eat.