Bile Duct Cancer: One Woman’s Journey with a Rare Disease 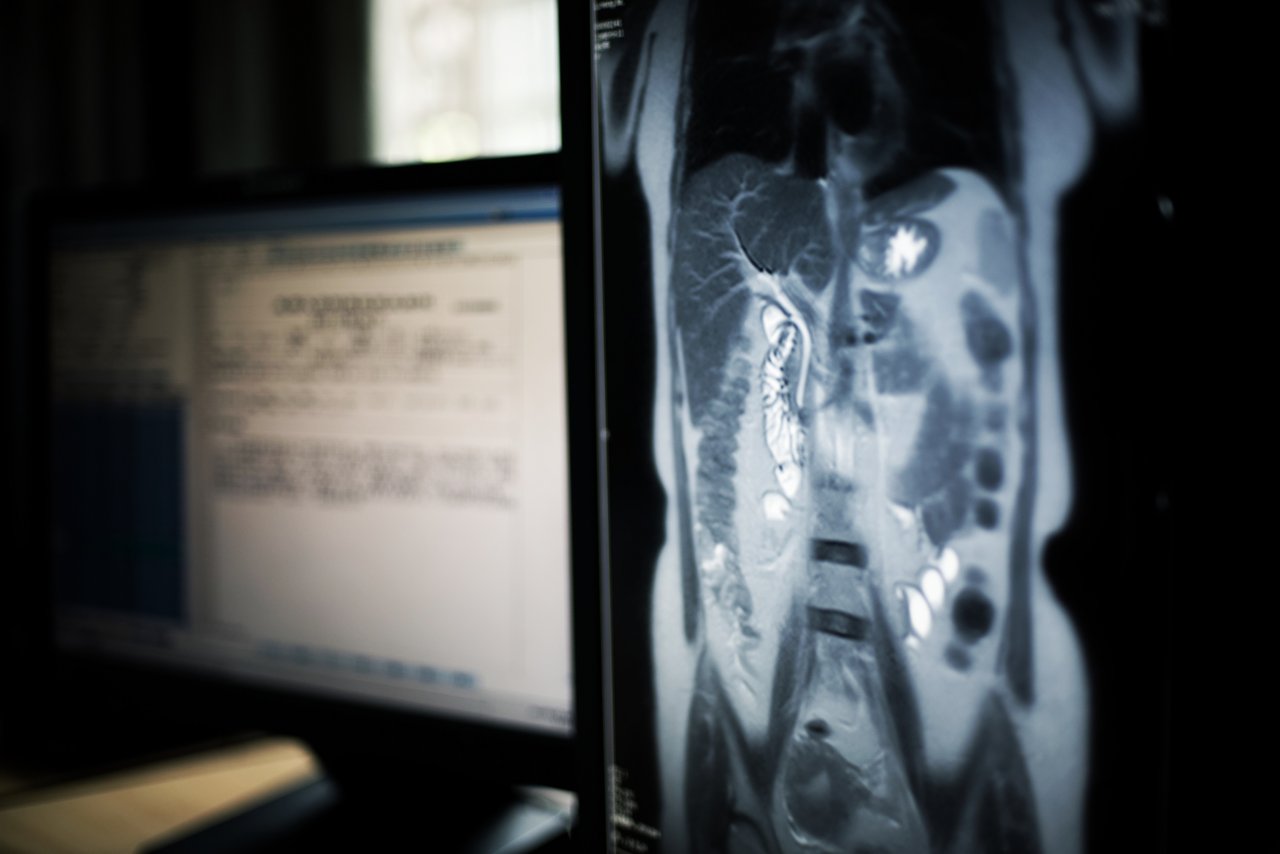 On Aug. 20, 2021, Erica Dewire-Arsenault of Parker, Colorado, was having a good day at her job as a medical assistant – until a sudden, strange symptom changed everything.

“I used the bathroom and noticed that my urine was quite dark, like it had bilirubin in it,” Erica said. “Having been a lab technician previously, I’d seen this before, but I thought, no, that’s impossible. I stayed hydrated, tested my urine on the job, and the result showed a large amount of bilirubin was present. I went to my boss and said, ‘I’m in trouble. Something’s very wrong, and it’s not going to be OK. I have to go to a hospital.’”

Unbeknownst to the then 44-year-old wife and mother of three grown children, her body was warning her of a serious threat – bile duct cancer.

At the hospital, a blood test returned an abnormal result that indicated a potential liver problem. The medical team contacted Erica’s gastroenterologist. At his recommendation, Erica went to Littleton Adventist Hospital where she underwent specialized imaging and a liver biopsy during a weeklong stay. The diagnosis was autoimmune hepatitis. The medical team sent Erica home with a steroid medication.

It wasn’t long before it was apparent to Erica and her gastroenterologist that something still wasn’t right. Jaundice – yellowing of the skin caused by bilirubin in the blood – had set in.

“I was so yellow I practically glowed,” Erica said. “My gastroenterologist did another imaging test and found a tumor in my bile duct.”

On Oct. 11, her doctor called with the results of a tumor sample. She had bile duct cancer, also known as cholangiocarcinoma.

“I was confused and shocked,” Erica said. “This was impossible. I knew nothing about this disease.”

Jaundice is a common symptom of bile duct cancer, a rare disease that affects about 8,000 people in the U.S. each year, according to the American Cancer Society (ACS). Bile ducts are tubes that carry bile from your liver and gallbladder to the small intestine, where bile helps with digestion.

We don’t exactly know what causes bile duct cancer, but risk factors include some bile duct and liver diseases, including bile duct cysts, inflammation of the bile ducts, bile duct stones, cirrhosis, and hepatitis B or C infection. Another risk factor is infection with a parasite called liver fluke, which is more common in other countries than the U.S. In addition to jaundice, bile duct cancer symptoms may include:

Bile duct cancer can form in the bile ducts inside the liver, as was the case with Erica, or those outside of it. Where the cancer forms and whether it has spread are two key factors cancer specialists consider when deciding how to treat it. Treatment options include surgery to remove the tumor and surrounding tissue, chemotherapy, radiation therapy, targeted therapy, immunotherapy, and a liver transplant.

Bile duct cancer is a formidable disease. The combined five-year bile duct cancer survival rate for localized, regional, and distant stages that begins in the liver is just 9%, according to the ACS. The combined five-year survival rate for all stages that start outside the liver is scarcely better, at 10%. Erica faced long odds, but she refused to panic.

“Dr. Nallapareddy was wonderful,” Erica said. “However, I kept thinking, this isn’t real. How is this possible? How do I have cancer?” 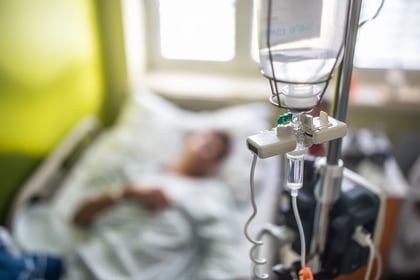 Dr. Nallapareddy recommended chemotherapy, which, hopefully, would keep the cancer from spreading outside the liver so Erica could pursue a liver transplant. When the disease spreads beyond the liver, transplants are no longer an option.

From late October 2021 until the end of the year, Erica had eight rounds of chemotherapy infusions at RMCC’s Centennial location.

“Each session lasted five hours,” she said. “I was the youngest patient. I would sit in a recliner and talk with everyone else. We chatted about how we were feeling, told jokes, and asked whether anyone had seen any good movies.”

Erica came to view the clinic staff and the other patients as her people.

“At RMCC, you’re family,” she said. “Everyone greeted me when I went in on chemo days. All the people who work there were fighting to keep me safe, alive, and as comfortable and happy as possible. It was, strangely, a really nice atmosphere to be in. It was very loving and warm.”

Chemotherapy was grueling, and Erica experienced several side effects, including chemo brain and difficulty sleeping.

“Every time I got home from having chemotherapy, I would cry and tell myself it was impossible and that I couldn’t do it again,” she said. “I just prayed all the time that it was working.”

The treatment did its job. An imaging test at the conclusion of chemotherapy revealed the cancer was still confined to Erica’s liver. In January 2022, she flew to Phoenix to begin the process of evaluation for a liver transplant at Mayo Clinic in Arizona. She ended up staying in a hotel near the campus for nearly six months.

By mid-April, Erica received several weeks of radiation therapy and oral chemotherapy to keep the bile duct cancer from spreading. Surgeons had also removed 10 to 12 of her lymph nodes, which showed no signs of cancer. On the evening of April 15, Erica got the news that could save her life: A liver was available. She had transplant surgery before the end of the day.

After the surgery, the Mayo Clinic transplantation team monitored Erica for signs her body was rejecting the new liver. Fortunately, none occurred, and by the first week in June, the team cleared her to go home.

“It was terrifying to leave the care of the people who’d saved my life and to have to figure out who I was now,” Erica said. “God had given me a second chance at survival, but that left me with a lot of questions. Why didn’t the donor survive? Why me? I promised God that I would make the most amazing life with the gift He’d given me, and I wouldn’t squander one moment, not one second.”

Making the Most of Every Day

After a nearly unfathomable year, Erica, now 45, is doing well. She continues to check in with Dr. Nallapareddy and the team at Mayo Clinic for regular imaging tests and blood work.

“I’m feeling wonderful,” she said. “I’m exercising in the pool and taking things slowly as I try to get strong again. I’ll live the rest of my life appreciating this second chance.”

That chance means more time to spend traveling and cooking with her family, two favorite pastimes.

“Embrace every second of your life,” Erica said. “I was at work, everything was normal, and I saw discolored urine. I knew right away my entire world was about to be turned upside down. That’s how fast things can happen. The best thing is just to be the best person you can be and leave a beautiful mark on the world. Life is hard, and we’re all trying desperately to get through it with a little grace.”

At RMCC, our clinicians treat some of the rarest, most complex forms of cancer, such as bile duct cancer. Find an RMCC oncologist who can lead your cancer care.