Cancer Survivor Shares Experience with Talking to Kids About Cancer 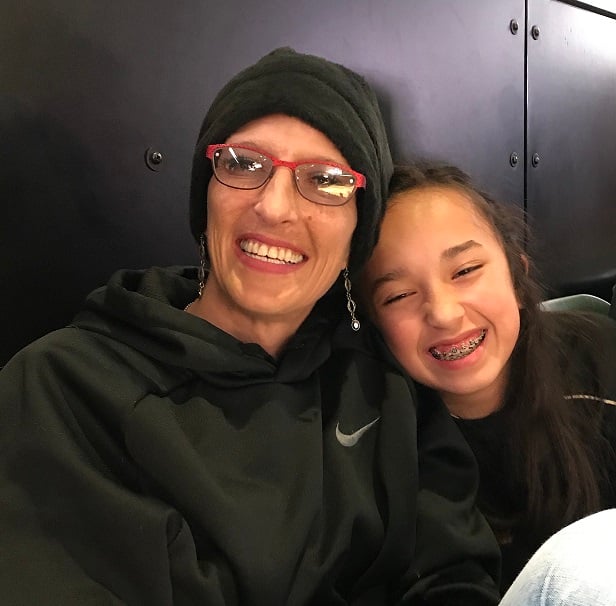 Mom Vows: ‘I Will Show You a Different Side of Cancer’

Colorado hairdresser Brandi Pacheco was 43 years old when she was diagnosed with breast cancer and began treatment at Rocky Mountain Cancer Centers (RMCC). At that time, her daughter was 11 and her son was 5. Still, Brandi did not consider keeping her diagnosis secret or sugar-coating it to “protect” her children.

“Kids are a lot smarter than you give them credit for,” she said. “They would know, and they would never forgive me for telling other people before them.”

She added an important reminder that’s easy to forget for people battling cancer: “It’s not just your fight. They’ve got just as much in the fight too.”

Enlist Your Kids in Your Fight Against Cancer

Because Brandi discovered the lump in her breast shortly before Christmas, she chose to keep her concerning discovery and medical tests a secret briefly to avoid ruining the holidays. But it never occurred to her to maintain that silence indefinitely. In fact, she said those two weeks of secrecy were among the hardest times in her cancer journey. 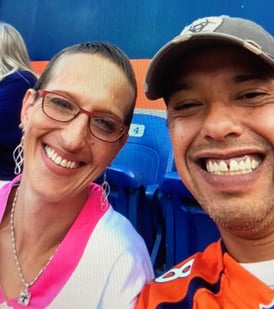 After breaking the news to her husband of 29 years, her high school sweetheart, Brandi’s two children were the next people she told. She chose to tell them both together so that they could gain support from each other and feel equal to one another. But she didn’t just dump the news in their laps. Instead, she spent some time introducing the subject of cancer beforehand. She told them about a friend’s mother who had breast cancer and had gone through treatment – which was really hard – but now she was cancer-free.

Stories of positive outcomes were important beforehand for Brandi’s children because they had only known cancer to be fatal. “My kids’ grandpa died of cancer, and my niece's mom died of cancer,” Brandi said. “So, I knew in their minds ‘cancer equals death.’”

When Brandi did break the news to her children, she told them: “I will show you a different side of cancer.”

Kids Can Play a Role in Fighting Cancer

And then she enlisted both of them in the fight. “We told them I was going to be going in and out for a lot of doctors’ appointments so they needed to help out – with the laundry, the cleaning, the cooking. I think it helped with them knowing they had jobs so they wouldn’t feel so helpless,” Brandi said.

“I hear more than anything from children of cancer patients that they always feel helpless, so giving the children jobs is very important. Even having my son rub my head on the nights that I had chemo… it wasn’t that important, but it was such a big deal in his world.”

Strategies That Helped Brandi in Talking to Kids About Cancer

A final important thing to remember when talking to your kids about cancer - and soldiering through cancer treatment - is that it’s helpful to provide a positive example. Your kids are watching you, during cancer treatment and always. What skills do you want them to see you use? Can you show them that you – and they – are capable of coping with challenges? 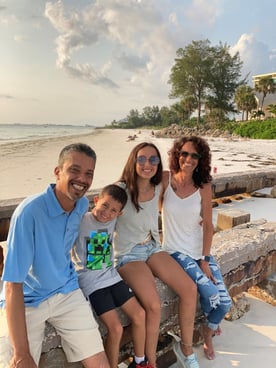 Brandi was fortunate in the treatable strain of cancer she had and in her confidence that she would someday be cancer-free. Early on, Brandi faced only one fleeting moment when she considered that she might not survive cancer. “I considered what my family would be like without me,” she said. “Could someone else be my husband’s wife and parent my kids? And that kind of lit a fire under me. It was the only time I considered I might not make it. And from then on, I felt confident in my survival.”

That confidence helped Brandi provide a positive example, reassurance, and support to the people around her. Thus, when her kids looked at her, they saw courage, incredible fortitude, a value for family, love, a sense of humor, and a life undaunted by cancer.

While many families will find much that resonates with them in Brandi’s story, there’s no “correct” way to tell your children about your cancer diagnosis. Watch this video from RMCC social workers to learn more about talking to kids about cancer.