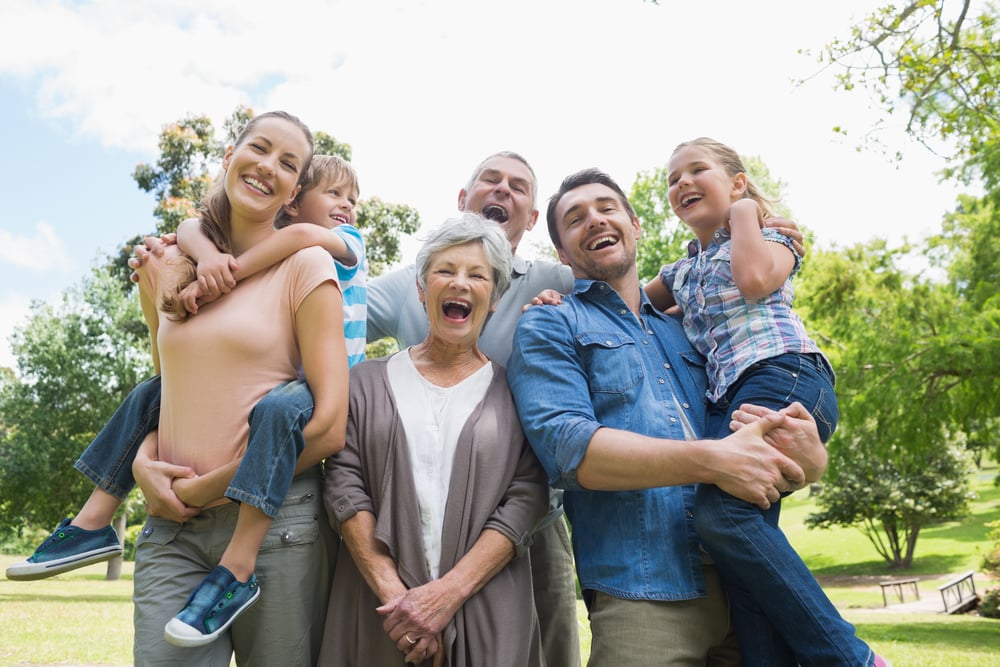 Like all types of cancer, there are risk factors that can make you more likely to develop colon cancer. Some of these risk factors, such as obesity, diet, smoking, and alcohol intake, are within your personal control, while others are not – specifically your age, a personal history of irritable bowel syndrome, and your family history.

Fortunately, inherited genetic mutations are responsible for only a small fraction, about 5%, of colorectal cancer cases in the U.S. and effective medical options, are now available to help you identify your risk of hereditary colorectal cancer. Understanding your risk can help you and your doctor create a colon cancer screening plan that is best for you.

What Are the Various Types of Genetic Mutations That Can Lead to Cancer?

Mutations in genes cause cancer. Some of these mutations are caused by exposure to our environment, and other mutations are not yet understood. Genetic mutations that are handed down through the family can increase your risk of developing colon cancer, but it’s not a sure bet that it’s going to happen. Let’s take a look at the differences between the various types of genetic mutations associated with colon cancer.

Acquired Gene Mutations: What Are They and How Can They Lead to Colon Cancer?

In contrast, other mutations are caused by environmental factors, such as sunburns, exposure to smoke, radon exposure, and chemical exposure can cause genetic mutations. These factors are not necessarily in your control and you might not even realize you’ve had the exposure that results in a genetic mutation that leads to cancer.

Your health history and origin play a role in assessing your risk of developing colorectal cancer.

If you have a parent, child, or sibling (a first-degree relative) diagnosed with colorectal cancer, there is a higher likelihood that you will develop this type of cancer in your life. One out of every three people who have been diagnosed with colorectal cancer has a family member who has also received the same diagnosis. Regular cancer screening is highly recommended in such cases before the age of 40, compared to age 45 for those of average risk. In most of these cases, the cause of colorectal cancer is not related to an inherited genetic mutation, but rather a similar lifestyle or exposure to the same environmental factors.

An inherited genetic mutation leading to colon cancer is more likely to be found among those of Ashkenazi Jewish descent from Eastern Europe but is not restricted to this group of people.

Lynch syndrome occurs due to inherited mutations in MLHL, MSH2, MSH6, PMS2, and EPCAM genes. These genes are responsible for fixing errors in the DNA of your cells. A mutation in one of these DNA repair genes causes DNA errors to not be fixed. Additionally, when there is an error in a growth-regulating gene, it can lead to the development and growth of cancerous cells.

Patients with Lynch syndrome are at an increased risk of developing polyps, called adenomas in the colon or rectum. While these polyps are traditionally benign (non-cancerous), they should be removed because they are more likely to turn into cancer than they would for someone who does not have Lynch Syndrome.

FAP is characterized by the growth of multiple polyps in the colon and rectum before age 20. The polyps continue to grow in number with age. Polyps can frequently become malignant by the time a person turns 40, leading to a cancer diagnosis.

In patients with attenuated familial adenomatous polyposis, fewer than a hundred polyps develop in the colon. The onset of cancer is delayed (around an average age of 55).

FAP and AFAP are both caused by mutations in the APC gene. If your parent or sibling has a mutated APC gene, your chances of inheriting FAP or AFAP are very high.

MUTYH Associated Polyposis, or MAP, is a hereditary condition that causes multiple adenomatous polyps to grow and develop in the rectum and colon. The MUTYH gene was previously referred to as the MYH gene. While mutations in this gene can cause a variety of different issues, polyps forming can lead to colorectal cancer. Generally, individuals will develop between 10-100 polyps in the affected area, but in rare cases, more than 1,000 polyps can form. These polyps are usually identified when the patient is in their 40s.  Approximately half of the people who are diagnosed with MAP will have colorectal cancer at the time of their diagnosis.

This is a hereditary condition identified through the growth of gastrointestinal polyps called the hamartomatous Peutz-Jeghers-type polyps. The polyps can develop anywhere in the stomach, colon, or small intestine and cause bleeding and pain. A mutation in the STK11 gene causes the condition.

If you have been diagnosed with PJS, you may be at a slightly higher risk of stomach, breast, or pancreatic cancer.

The hereditary condition occurs through the mutation of the SMAD4 or BMPR1A gene. It causes the development of multiple hamartomatous polyps throughout the gastrointestinal tract. The term juvenile refers to the stage of the polyp when studied under a microscope, and does not relate to the age of the patient. JPS increases the risk of colorectal and pancreatic cancer but can be diagnosed and treated at an earlier stage.

Genetic counseling and testing can help you understand if there is a hereditary link to colon cancer. Each person concerned may need testing. While genetic testing can help identify areas where you are at an increased risk, it is not a guarantee that you will (or will not) develop cancer. Rather, it helps you make decisions with your doctor about the timing of cancer screenings. If an inherited genetic mutation is found, you can discuss using more advanced screening techniques to try to identify colorectal cancer in the earlier stages.

If you feel that you or your family may benefit from genetic testing, contact our genetic counseling team for an assessment before making an appointment.