Pay Attention to Your Lymph Nodes for Cancer Signs 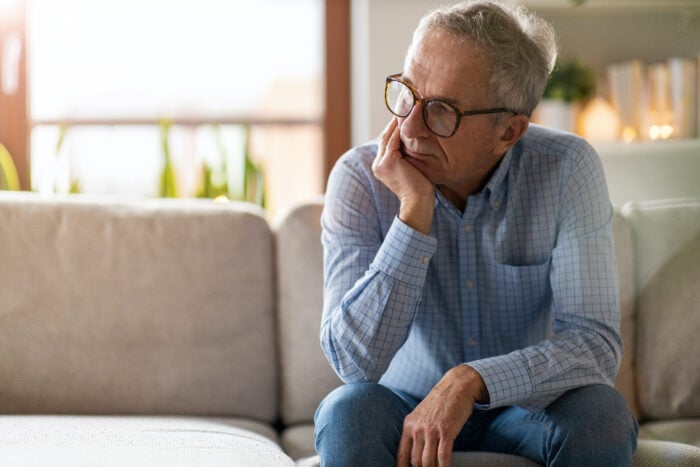 Cancer isn’t always easy to detect, especially when most signs and symptoms don’t appear until the disease has progressed to a more advanced stage. However, particular organs in your body can be very telling, for example: your lymph nodes.

Lymph nodes, which are also called lymph glands, are part of your immune system. When lymph nodes are enlarged or sensitive to the touch, it’s your body’s way of alerting that your body is fighting an infection. They can also be an early warning system for certain types of cancer, such as lymphoma, leukemia, and breast cancer.

What are Lymph Nodes?

Lymph nodes are your immune system’s first line of defense. These bean-shaped organs act as filters for lymph— a clear fluid circulating throughout your body, which brings nutrients to cells, and carries away bacteria and other waste. Your lymph nodes trap foreign particles like bacteria, viruses, and even cancer cells, ensuring that they are removed from the body.

Clusters of lymph nodes are located in several areas of the body, including your:

After developing an illness or infection, you may have noticed “swollen glands” in your neck. If so, those are your lymph nodes working hard to defend your immune system from the waste products (such as bacteria and viruses) that your lymph system has detected.

How Lymph Nodes and Cancer are Related

Cancer can appear in lymph nodes either from spreading from the original location, or it can begin in the lymph nodes

Cancer that starts in the lymph system cells, or lymphoma, is a type of blood cancer. Since lymph tissues are found throughout the body, lymphoma can begin almost anywhere. Many types of lymphoma exist. However, they are broadly categorized into two main types: Hodgkin lymphoma and non-Hodgkin lymphoma.

If you have a cancer diagnosis, it is likely tests will be run to see if the lymph fluid shows evidence of cancer cells. The results of a lymph node screening help your Rocky Mountain Cancer Centers oncologist identify what stage your cancer is in, and ultimately, assist him or her in determining the type and frequency of your cancer treatment.

A physical exam will also be performed. During this exam, your doctor will feel the lymph nodes close to the surface to check for soreness or swelling. However, many lymph nodes are too tiny or too deep in your body to be felt during a physical exam. Therefore, imaging technologies such as X-rays, MRIs, ultrasound, or CAT scans are also used to spot any enlargements or irregularities. A lymph node biopsy is also typically part of the diagnosis process. Your cancer surgeon will usually remove one or two of the nearby lymph nodes to see if they show any evidence of cancer.

Signs to Watch For

If you have swollen lymph nodes but don’t have any apparent illness, we encourage you to schedule your primary care physician for an exam. Especially if your lymph nodes feel hard to the touch, and that feeling doesn’t go away after two weeks or so. When any of the following symptoms accompany swollen lymph nodes, seek medical attention. These symptoms include:

If your doctor has indicated that you should have a lymph node screening and are located in Colorado, please find the RMCC location that is most convenient for you and call to request an appointment. Your primary care physician or oncologist should be able to recommend a screening provider near you if you are not located close to one of our cancer treatment centers.