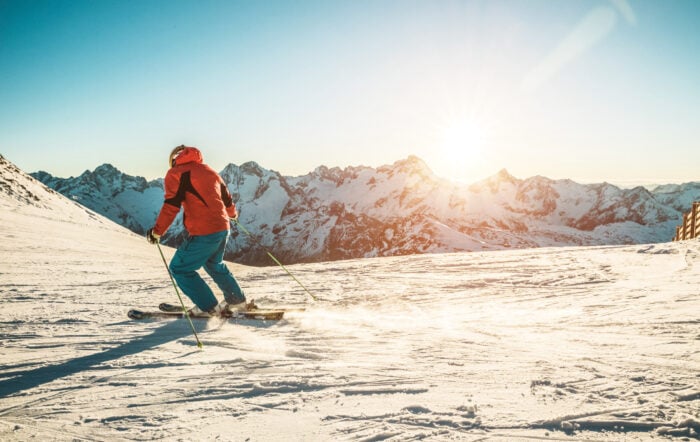 It is one of the most preventable forms of cancer, yet skin cancer is, by far, the most common type of cancer — and its numbers are growing. In fact, “skin cancer” isn’t a single cancer, but several types. While ultraviolet radiation, both from the sun and sources such as tanning beds, is the cause of most skin cancers, not all of them behave or even look the same.

And, did you know that as a Colorado resident, you’re even more at risk — even in the winter? Our love for outdoor activities like skiing and snowmobiling, coupled with our high elevation and abundant year-round sunshine all contribute to Colorado having a skin cancer rate 30 percent higher than the national average, according to the Colorado Melanoma Foundation.

So, what do you need to know to do it safely? Below, cancer experts at Rocky Mountain Cancer Centers answer some common questions about all types of skin cancer.

Q: What are the warning signs of skin cancer?

A: Warning signs include any mole that changes in size, shape, or color; a new growth on the skin, or a sore that doesn’t heal. The American Academy of Dermatology recommends seeing a dermatologist anytime you notice different or unusual spots on your skin, or anything on your skin that is changing, itching, or bleeding.

Q: What are the main types of skin cancer?

Q: What is basal cell carcinoma?

BCC usually develops on skin that gets sun exposure, such as on the head and face, neck, or hands. However, it can appear on any part of the body, including the trunk, legs, and arms.

Basal cell carcinomas tend to grow slowly. It is very rare for them to spread to other parts of the body. However, if left untreated, BCC can invade bone or other tissue beneath the skin.

Q: What is squamous cell carcinoma?

Like basal cell carcinomas, the less-common squamous cell carcinomas usually form on sun-exposed areas such as the face, ears, neck, lips, and hands. They can also develop in scars or chronic skin sores.

Squamous cell cancers are more likely to spread to other parts of the body than basal cell cancers, although this is uncommon.

A: Basal cell and squamous cell carcinomas are most often treated with surgery, which may be done in a dermatologist’s office.

The most common types of surgical removal are:

Q: What is melanoma?

A: Melanoma is cancer that develops in the pigment-making cells of the skin. Melanoma is far less common than either basal cell or squamous cell carcinomas — accounting for just about 1 percent of skin cancers in the U.S. However, melanoma is more likely to spread to other parts of the body when untreated. Colorado’s rate of new melanoma diagnoses is 15 percent higher than the national average.

Did you know that just one blistering sunburn sustained as a kid can more than double your melanoma risk? Although melanoma occurs much less often than more common skin cancers, its incidence is on the rise, especially among men older than 50 and young women 15 to 29 years old.

Q: What are the signs of melanoma?

A: One easy way to help spot melanoma is what’s known as the ABCDE warning signs:

Learn the ABCDEs of melanoma and once a month, check your skin head-to-toe looking for changes in freckles, moles, and birthmarks.

Q: How is melanoma treated?

A: As with basal cell and squamous cell carcinomas, melanoma typically is treated by removing the cancerous mole or growth.

However, if the melanoma has spread to other parts of the body or to lymph nodes, follow-up treatment may be needed. Immunotherapy drugs, which help the body’s own immune system fight melanoma cells, and targeted therapies, which target common genetic mutations found in melanoma cells are being used separately and in combination to treat metastatic melanoma.

Identifying melanoma, or any form of skin cancer early can go a long way toward a positive outcome. The last few years have seen a surge of new effective treatments for advanced melanoma, and Rocky Mountain Cancer Centers is leading the way in offering patients with melanoma access to clinical trials.