Miracle Patient Shares What’s Getting Her Through Her Leukemia Treatment 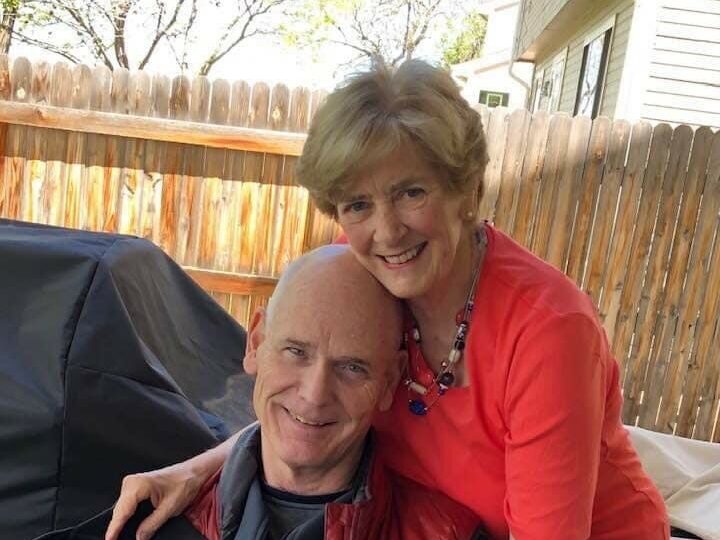 Last November, Barbara Graham, 74, flew to Seattle to visit her daughter and grandchildren. On the flight home, she caught a cold that she promptly shared with her husband. While he recovered quickly, she didn’t. Two rounds of antibiotics didn’t help and on the day before Thanksgiving, she ended up in the ER with “incredible pain,” she said.

“They did a complete workup and couldn’t find anything,” Barbara said, except her white blood cell count was three times the normal level. The ER doctor called Graham’s primary care physician who asked that they culture her blood and do a blood smear. He also wanted Graham to come in to see him the following Tuesday.

At that appointment, Graham knew her doctor didn’t have good news the minute he walked through the door.

“He said ‘I believe you have leukemia,’” Graham said. ‘“And you have an appointment tomorrow with an oncologist and do not miss that appointment.’ I was stunned, just stunned.”

The following day, Graham and her husband, Tom, met with Dr. Chris Benton, an oncologist/hematologist who specializes in blood cancers at Rocky Mountain Cancer Centers (RMCC).

“After he looked at everything, he said ‘there are four kinds of leukemia; the one that is most serious and very fast-growing is called AML, acute myeloid leukemia, and that is the one you have. It’s very far advanced and we need to move quickly,’” she said. “My husband said, ‘what if we hadn’t caught this?’ Dr. Benton replied ‘three weeks to three months.’”

The next day, Graham checked into the hospital, where she’d spend 23 days, including Christmas.

The treatment has been challenging — she’s been in and out of the hospital seven times in the last seven months. Her birthday, their 50th wedding anniversary, and Valentine’s Day have all been spent inside a hospital room.

“It’s been a revolving door; I’d get a temp spike, lumps, pain, and straight to the ER we’d go and they’d always admit me,” she said.

With leukemia, doctors look at the blasts in the bone marrow or blood. In normal blood marrow, the blast count is 5 percent or less.

“I started at 67 percent,” Barbara said. “At one point in time, I had up to 90 percent, which means there was nothing left in my bone marrow to create anything healthy. I had a little stroke, a brain bleed, and my face was sagging. I lost 26 pounds. I didn’t know how sick I was.”

Since she was diagnosed, she’s been on a multitude of 30-day cycles of different drug combinations, including infusion and oral chemotherapy.

All the traditional medicines that typically work for AML didn’t work for Graham. So in June, Dr. Benton decided to try a new drug called jakafi not typically used for AML. He thought the drug would have a shot at bringing down the blast numbers based on Graham’s specific mutation of the disease, she said.

“So we tried it and the numbers came down from 67 to in the 30s,” Graham said. “The next month we added another (oral chemo) pill, and it came down to 22. The next month the number went up a bit so now I’m on three chemo drugs and Dr. Benton said I’m the first person he’s ever had on three drugs at one time. I have more energy now, and feel better, than I have since December.”

Graham has remained out of the hospital since April and calls it a miracle.

“Here I am nine and a half months since my diagnosis and I don’t ask Dr. Benton about my longevity anymore. He told me ‘you have blown through all the statistics. There are no more statistics for someone your age, with your disease with where it started and all the different failed chemo treatments.’ He calls me his ‘miracle patient.’”

Graham remembers a conversation she had with Dr. Benton early on in her treatment.

“He told me right off the bat, if we don’t get you into remission in the first cycle, it’s very difficult after that. And every time we go through a cycle it gets harder and harder,” she said.

Thus far, Graham has been through eight treatment cycles and her leukemia isn’t in remission.

“But I’m OK,” she said. “I know the Lord has His arms around me and is protecting me and whatever His will is, I will accept.”

Above all, Graham’s faith has helped her through each step of her journey with leukemia.

“God’s plan is first for me to love Him with all of my heart, focus on Him and give Him the glory,” she said. “And No. 2 is to love other people, so I talk with everyone I see and I make sure they understand how much God loves them and has a plan for their lives.”