The Leading Cause of Lung Cancer Deaths? Yes, It’s Smoking 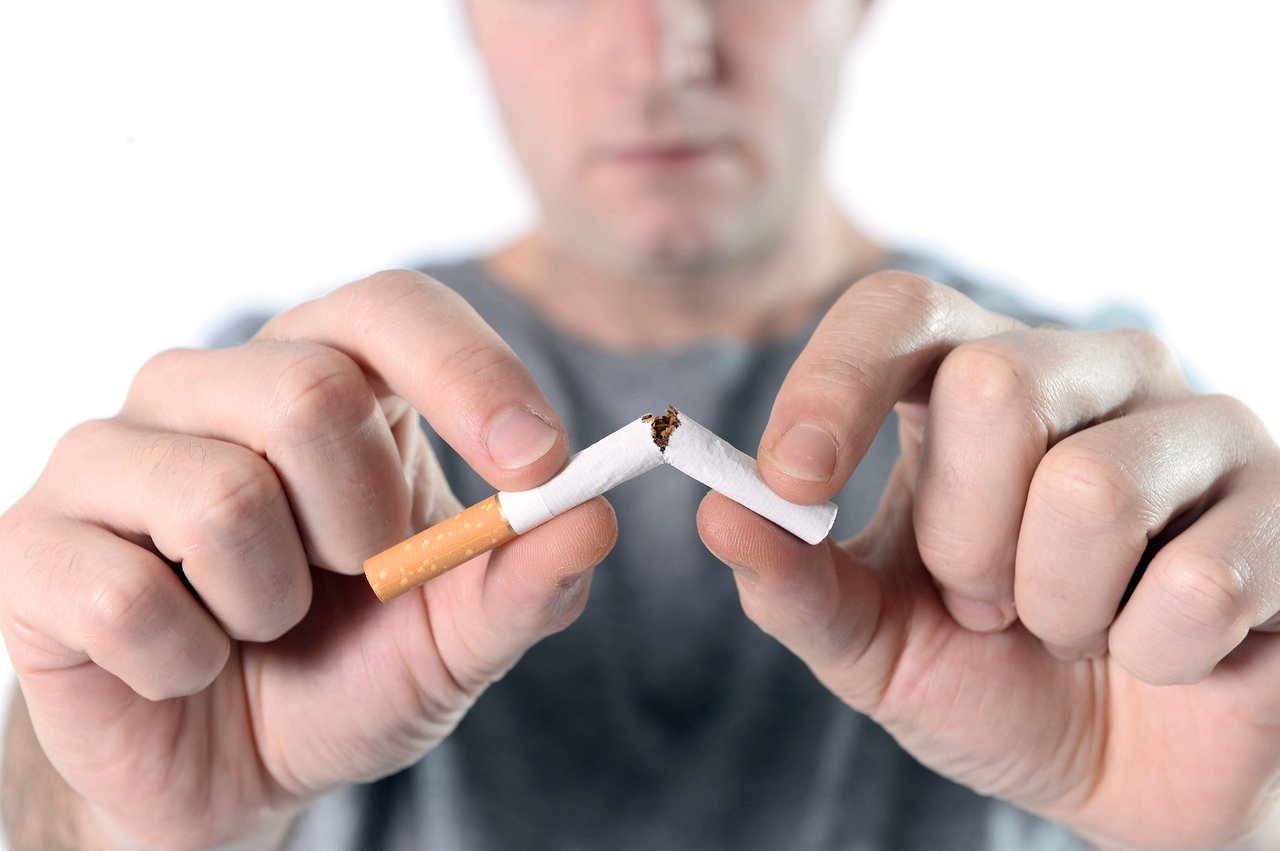 It’s no secret that smoking is bad for your health. Warnings are right there on every pack of cigarettes, telling you that smoking may cause cancer, heart disease, stroke, diabetes, and chronic obstructive pulmonary disease (COPD), such as emphysema or chronic bronchitis. According to the Centers for Disease Control and Prevention, more than 16 million people in the U.S. have a disease related to smoking.

About 80% of lung cancer deaths are linked to smoking cigarettes. It doesn’t matter how many cigarettes you smoke a day or how little time you’ve smoked; you could still be at risk for lung cancer. Smoking can also cause lung cancer and other health problems in nonsmokers around you.

To lower your risk for lung cancer and protect the people around you, quit smoking, get screened for lung cancer if you’re at risk, and take steps to prevent exposure for yourself and others to secondhand and thirdhand smoke. If you’re one of almost 2,500 Coloradans diagnosed with lung cancer every year, Rocky Mountain Cancer Centers (RMCC) can help.

Facts About Lung Cancer and Smoking

While anyone can develop lung cancer, decades of statistics show that smoking and lung cancer are intertwined.

Because lung cancer causes few symptoms until the disease is advanced, people often die within a year of diagnosis. Screening for lung cancer in high-risk individuals decreases mortality by up to 20% because the disease is caught in more treatable stages.

Fewer Coloradoans are diagnosed with lung cancer today compared with five years ago. in a 2021 report, the American Lung Association (ALA) found a 13% improvement over five years. The association ranks the state fourth in the nation for new lung cancer cases.

Among the ALA’s other findings: 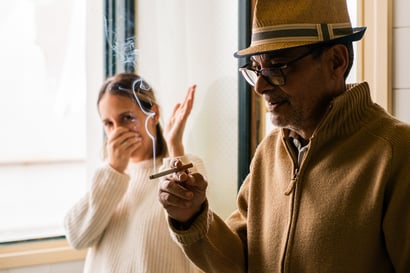 Second-hand smoke spreads when you breathe out as you smoke – but it can also spread directly from cigarettes, cigars, and pipes. Approximately 25% of people in the U.S. are exposed to secondhand smoke. Just 30 years ago, the rate was 90%. Whatever the rate, the effects of secondhand smoke are still dangerous. Only five minutes around secondhand smoke can damage your lungs. In adults who don’t smoke, secondhand smoke causes:

Secondhand smoke is even more dangerous for children. It can cause problems, such as:

Additionally, secondhand smoke is dangerous for pregnant women, causing up to 1,000 infant deaths and increasing the risk of babies being born underweight.

Thirdhand Smoke Is a Risk, Too

While the risks of secondhand smoke have been shared for years, a growing number of health professionals are sounding the warning about a lesser-known threat: thirdhand smoke. You might think you are not directly exposing family members to secondhand smoke by only smoking when they aren’t at home. However, thirdhand smoke – the residue left over from smoking – is also dangerous.

When you smoke a cigarette, the smell of smoke stays on you and everything around you at the time. That smell might be the smallest problem with thirdhand smoke. The residue from cigarette smoke can contain more than 250 different chemicals, many of which are known to cause cancer. Children and pets are especially at risk from thirdhand smoke, as they are most likely to spend time on the floor, where the residue collects.

Even if all your smoking occurs outside, you are still bringing thirdhand smoke inside with you. One recent study found that people in a nonsmoking movie theater were exposed to the equivalent of secondhand smoke from one to 10 cigarettes over the course of the film due to thirdhand smoke from people’s clothing, hair, or skin. The researchers conclude that smaller spaces, such as houses or cars, likely have much higher concentrations of thirdhand smoke, even without any indoor smoking.

Other Risk Factors and Causes of Lung Cancer

While smoking is the main cause of lung cancer, these other substances can also cause lung cancer and raise your risk if you smoke:

As vaping has become more popular in the U.S., some smokers have switched to the new “e-cigarettes.” For heavy smokers, vaping is cheaper, and marketing has touted the devices as being less harmful than cigarettes. However, a 2021 overview of current research found that vaping fluids contain cancer-causing compounds or chemicals, including formaldehyde, that become carcinogenic when heated by the vaping device. The researchers concluded that “there is a clear reason for concern” that vaping may cause lung cancer, especially given how new the devices are and the lag time it takes for lung cancer to develop in smokers. Additionally, the vapor produces some chemicals present in secondhand and thirdhand smoke, possibly creating similar dangers for non-vaping loved ones.

📖 Related Read: What are the Symptoms of Lung Cancer?

Be Aware of Lung Cancer Symptoms

Although lung cancer more commonly develops in people who have been smoking for years, any tobacco usage increases your risk. If you or a loved one are experiencing one or more of the following lung cancer symptoms, don’t postpone seeing a medical provider.

If you or a loved one has lung cancer, trust RMCC for your advanced treatment needs. Schedule an appointment today.